Group Exhibit in The Godine Gallery at Massachusetts College of Art 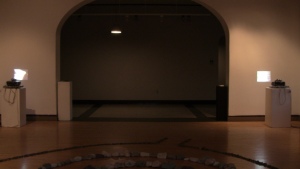 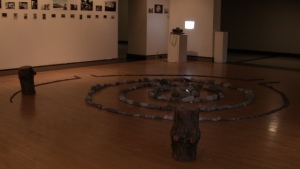 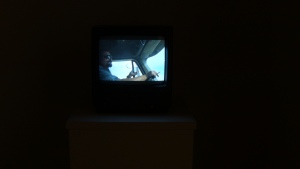 still from “Fusion: Thoughts are a Daydreamer’s Recourse” video 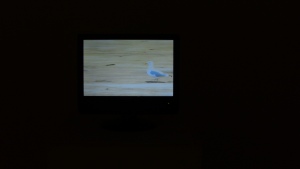 Still from “Seagulls” video. Audio from the seagulls played throughout the gallery 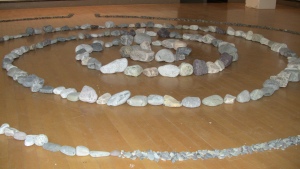 This series inscribes the concepts of travel, land use, poetry, and economics into a visual and photographic language. These images reflect the vast amount of land in the three years I spent traversing the United States with a backpack from 2003 to 2006. Ranging from the East Coast to the West Coast, the change in geographic location is always present in the photographs. As well, many of the photos connect a specific dormant stillness with the development of personal relationships.

Like memories, these images are a glimpse into a past that has already begun to change. Their small size emulates how the brain recalls information: the whole picture is never fully intact; rather sections are removed, highlighted, and recorded. Memories are also very personal making the size of these photographs especially important to create intimacy between the image and the viewer.

The scope of this country is vast and multifaceted. These photographs encompass this scope with compassion and curiosity in an attempt to understand and illustrate where we come from and how photography can function in an assessable environment. Under a capitalistic system we are taught that each individual has the ability to make society work for them, however, this theory is flawed. The context of which we can produce and benefit directly from our efforts is limited.

This series reflects both the land and the people who inhabit it as well as acknowledging that vastness of land does not lead to vastness of opportunity and ownership. Unlike the economic pyramid the photographic language is horizontal and universal; ranging from coast to coast, continent to continent. Land Escape explores these connections on a small scale, but in the shadow of a much larger one. 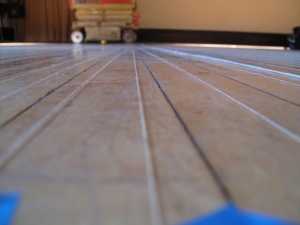 we taped individual strings on the floor first

Then we attached each bible page to each string 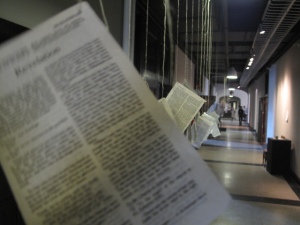 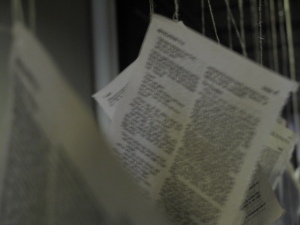 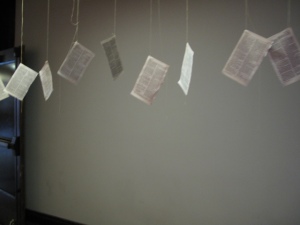 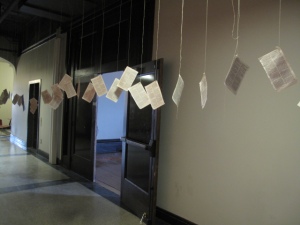 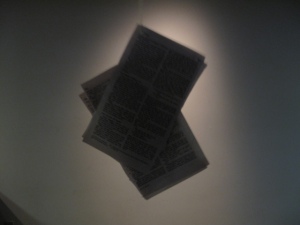 This installation came from a vision I had of loosely blowing papers along the hallway in the North building at Massachusetts College of Art where I pretty much lived as a student. Perhaps this vision came from the fact that I would be graduating in a few months and hence “turning the page” or it could possible have been my liking of simple materials and process; which, to me, allows poetic beauty to emerge without hardship. The process of the installation was quite simple, almost easy even, but extremely time consuming and unexpectedly pain inducing (mostly from the positions we had to sit and stand in to attach pages and install). The reason, in my opinion, the pages became those from the bible was due to the nature of my relationship with my girlfriend (at the time). It was the first (and only still) lesbian relationship I had been in and I found myself pondering the societal stigmas almost obsessively.

Installation with Aquarium and Sound

(sound was played n a tape recorder hidden within the aquarium) 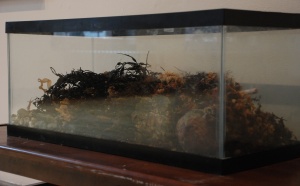 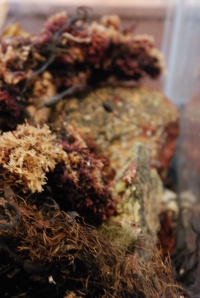 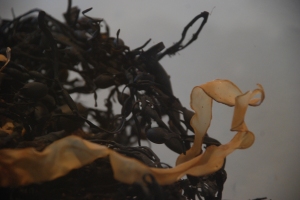 This project was intended to bring closure to past incidents/trials/periods of growth. Between the dead sea matter and the long drone sounds emitting from the tape player, the mood created was haunting, cerebral, and, personally, healing.