Posted on April 8, 2018 by kelleybrannonprojects 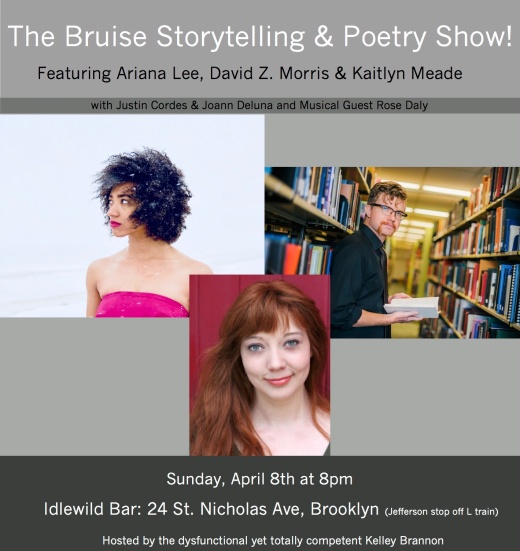 The Bruise is tonight! 8pm at Idlewild bar: 24 St. Nicholas Ave, Bushwick Brooklyn. Come get LIT with literary madness, featuring pro storytellers, poets and music. The weekend isn’t over yet and the show is free as always! Plus, starting next month The Bruise and Idlewild bar will be giving 10 percent of bar sales to a pro-women organization fighting against domestic and sexual assault and abortion restrictions/criminalization. So you’ll also be supporting a good cause. Drink more guilt-free.